For players engaged in badminton, the grip is the closest accessory of a racket, most of the players are more likely to sweat, one of the main function of the grip is anti-slide and enhance the feel; in the view of the problems in the current market that the traditional grip is generally poor water absorption and bad drainage performance. We are committed to solving the above problems, after a year of research, development and experiment, we finally break through many bottlenecks, GodWin Newley Grip is the development of a high rate of water absorption with good drainage performance, soft texture and weaken the shock force. 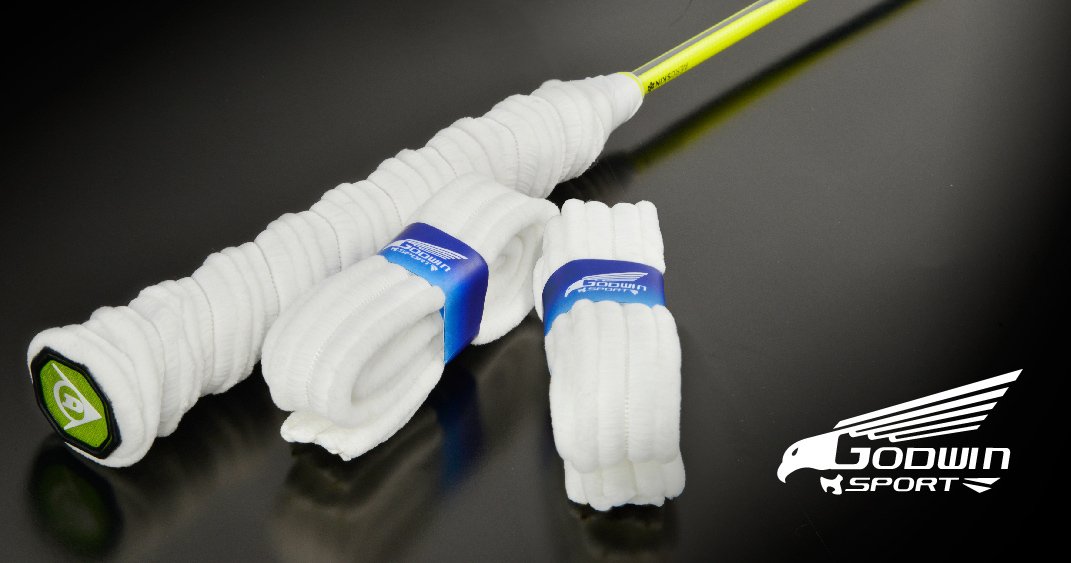 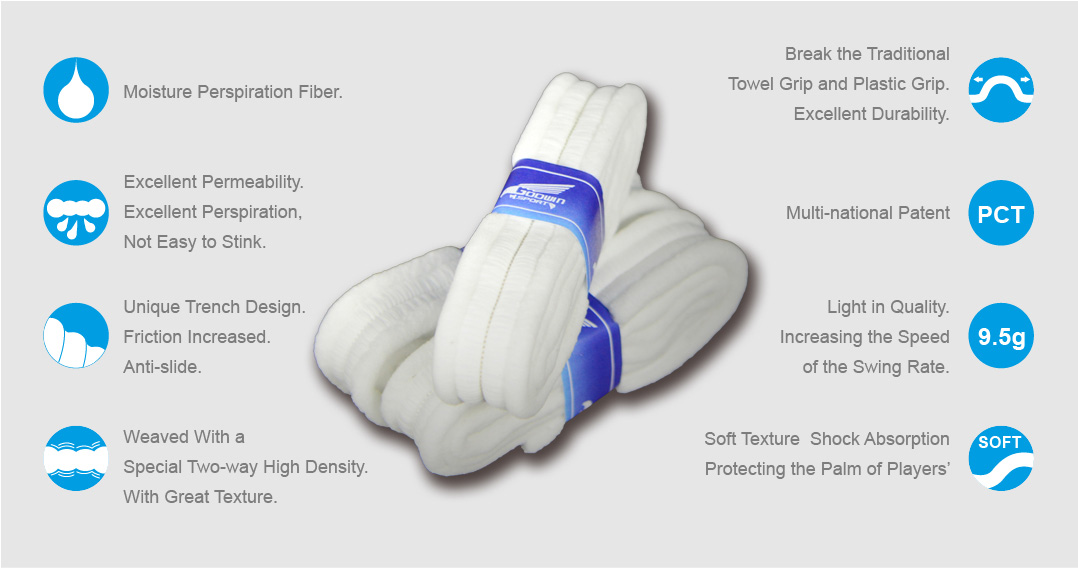 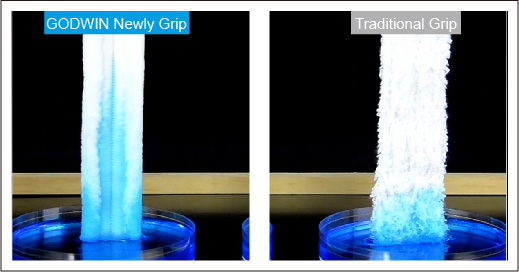 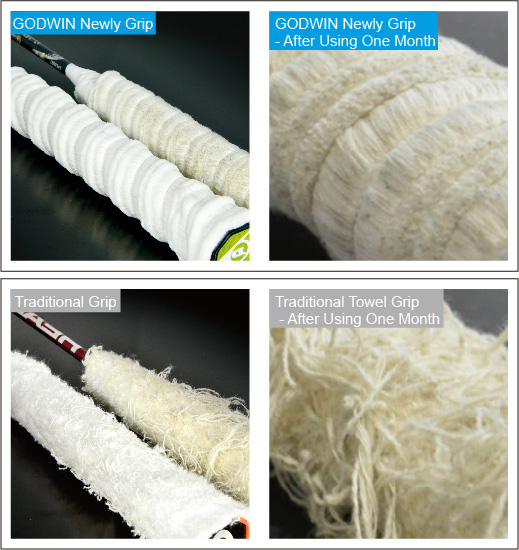 At the same frequency setting prerequisite, after the test of using one month, there is a considerable difference in quality change between GodWin Newley Grip and traditional towel grip.

The traditional towel grip with a significant decline in water absorption, in the meantime, the towel material becomes hardening, and resulting a pungent odor with serious phenomenon of hair removal.

GodWin Newley Grip still maintains its maximum feature of “strong water absorption”, due to the reason that GodWin Newley Grip having the characteristics of good drainage, the product does not produce any odor, and there is no significant change in softness and flexibility, in appearance it also remains fairly intact with no serious phenomenon of hair removal.

It is demonstrated that choosing GodWin Newley Grip provides players longer period of use while reducing the replacement rate of the grip. 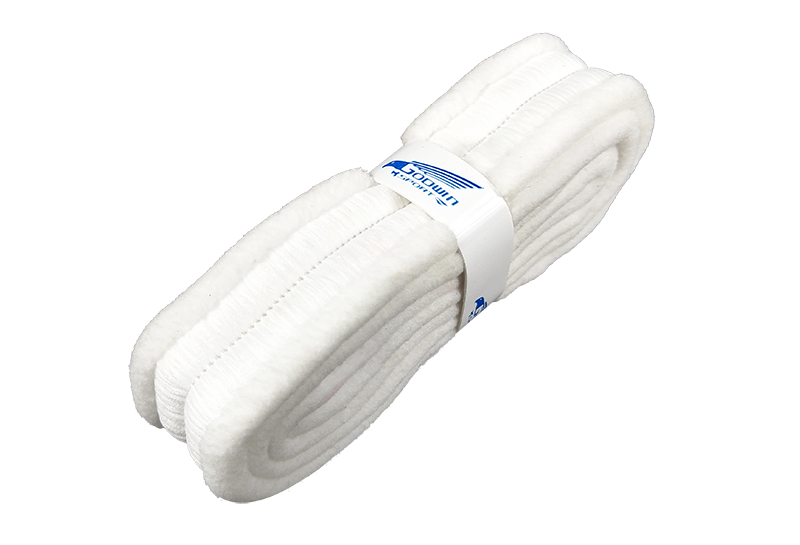 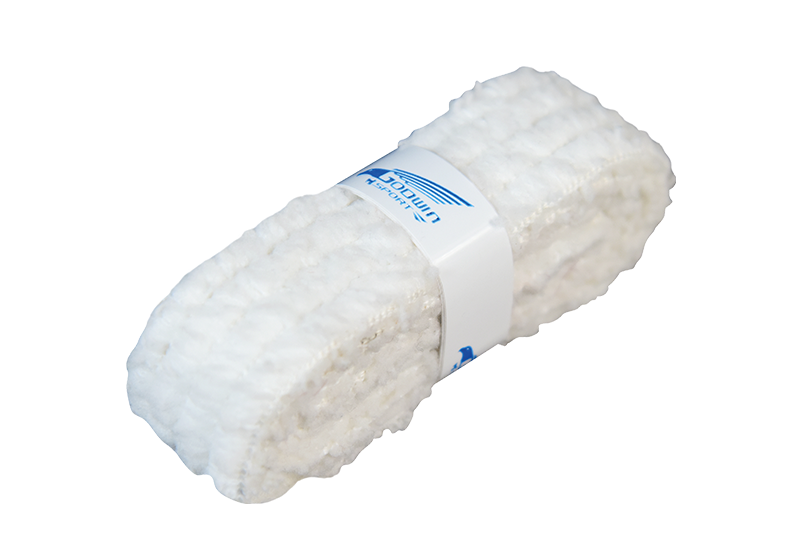 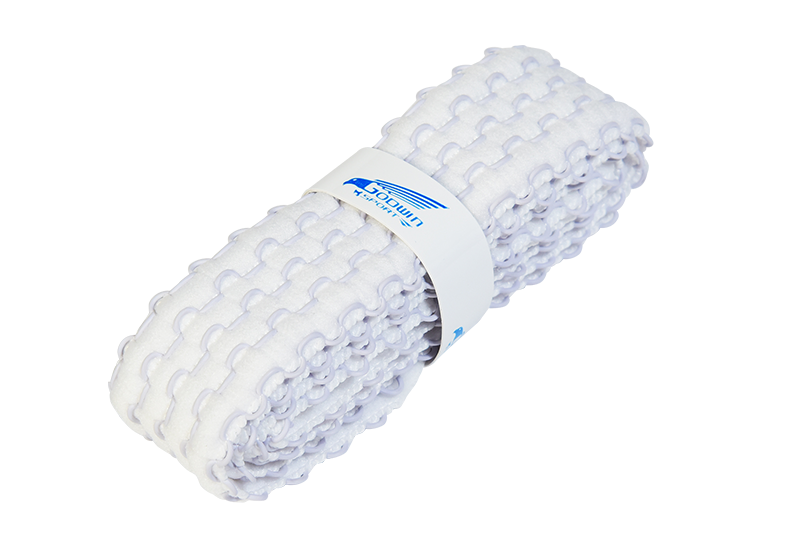 Godwin grip belt in addition to a new trench-type patented design, the Evolutionary Version and Competitive Version with a strong anti-skid side, slippery function greatly improved. 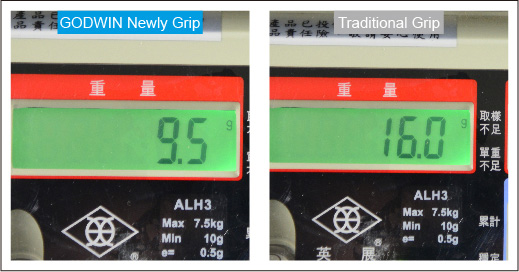 According to the lever principle, the more lightweight racket grip part in quality, the players made less power during the swing, and the speed of the swing rate is also greater. In the same length premise setting, GodWin Newley Grip weighs only 9.5g as traditional towel grip weights of 16g. It is proved that GodWin Newley Grip makes the grip part lighter which is better to speed up the swing rate of a player. 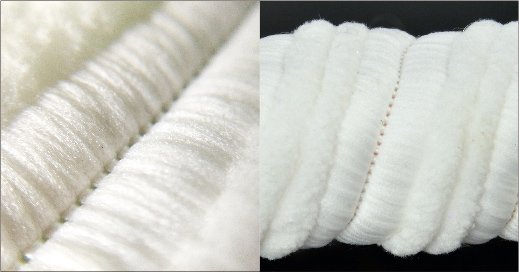 GodWin Newley Grip is weaved with a special two-way high density with great texture, the unique trench design effectively increase the friction with the strong water absorption characteristics which reduce the possibility of hand slippery. GodWin Newley Grip is very flexible, this makes the grip more closely to player’s hand in order to achieve shock absorption effect to protect the palm of players.